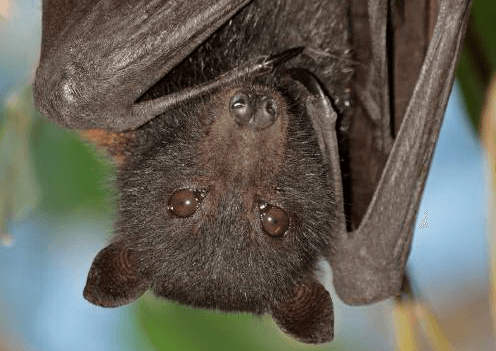 Flying fox numbers in Gayndah have increased sharply over the past week according to North Burnett Regional Council Mayor Cr Rachel Chambers. Flying foxes are migratory animals and the arrival of over 50,000 little red flying foxes coincides with recent rainfall and the flowering of native vegetation.

The flying foxes have joined a small colony of black flying foxes that have been literally hanging around for years along Oakey Creek beside the golf course in Gayndah; although a few of the rarer and endangered grey fly foxes have also been spotted.

Cr Chambers conceded that despite flying foxes playing a crucial role in the environment by dispersing seeds and pollinating plants, they evoke a range of emotional responses in the community. In their current location, there is no immediate impact upon residential properties. However, some residents do raise concerns about the impact on rainwater tanks from droppings when flying foxes are foraging at night and when they perform their usual flyover at dusk and dawn. Droppings from flying foxes present no different risk to other animals such as birds and possums, so a first flush system is recommended. Horse owners however should protect food sources to minimise the potential risk of Hendra virus.

The risk of disease, such as Lyssavirus, is low agreed Cr Chambers however, residents “should not handle injured or sick flying foxes”. With some of the black or grey headed flying foxes having babies, there is an increased possibility of young flying foxes being separated from their mothers and being discovered by residents. The presence of dependant young also make any disturbance by individuals or intervention by Council unlawful under State and Commonwealth legislation.

There has also been a reported increase in the flying fox colony at Coalstoun Lakes said Cr Chambers. Council staff will periodically monitor both sites and if required, undertake management options in accordance with the relevant legislation.  For more information on flying foxes in Australia and living with flying foxes visit https://www.northburnett.qld.gov.au/flyingfoxes/