The generosity and service of past and present members of the St Mark’s Anglican Guild were recognised during an afternoon tea with North Burnett Regional Council Councillors at Eidsvold recently.

The St Mark’s Anglican Guild has been operating the community Opportunity Shop at 58 Moreton Street, Eidsvold since 2001, with the former Eidsvold Shire Council donating use of the building for the fledgling community venture.  Following amalgamation, the North Burnett Regional Council formalised lease arrangements.

“Community generosity has provided clothing, goods, furniture and electrical items, with proceeds from the shop bestowed on the Leukaemia Foundation, Heart Foundation, Cancer Council, and families in distress both locally and overseas,” Mayor Rachel said.

Mrs Jean Wedemeyer, acting as either Treasurer or Secretary since the inception of the venture, along with volunteer members of the Guild have run the shop on a roster basis for the past 17 years, with Thursday mornings allocated as ‘cuppa time’ for any one in need.

Mayor Chambers explained, “The Eidsvold community have assisted at the shop over the past years however, sadly, many have since passed on or have reduced capacity.  A reduction in membership and decline in volunteers has sadly seen the end of this iconic service to the community, with the shop closing its doors for the last time in December.”

“I would like to thank members of the St Mark’s Anglican Guild, both past and present, for their generosity of time and dedication to the Eidsvold community and surrounds.  It is people like these that make the North Burnett a wonderful place to live,” Mayor Chambers said.

Past and present members of the St Mark’s Anglican Guild 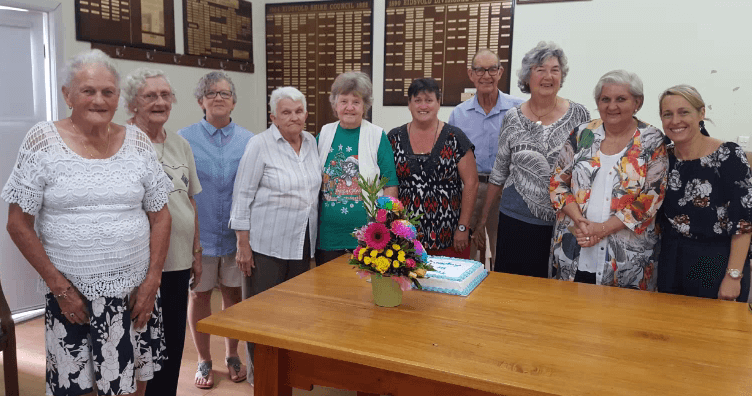