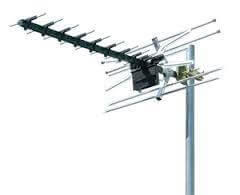 Council understands the frustration of its residents with the ongoing issues in regards to the re-transmission of Free TV. Council took on this service for Monto and Eidsvold and surrounding areas in 2011 after the Federal Government changed television services from analogue to digital.

At the time, Council calculated the cost of this change to community to be around $300,000 (with each individual household taking up the subsidy of either the Satellite Subsidy Scheme (SSS) or the Household Assistance Scheme (HAS)), however if Council continued to be the third party re-transmitter in digital TV it would cost Council $50,000 to convert.  In the interests of a keeping a service for our residents and saving them money, the decision was made to re-transmit.

Seven years down the path, issues include:

Council continues to advocate for our residents to have the same quality access to Free TV as all other Australians and until a resolution can be reached will continue to rectify current issues by replacing equipment at our cost.

Council will continue to lobby Federal government representatives regarding this issue as it is the belief of NBRC that Free TV broadcasting licences are managed by the Federal government and although Local Government made the decision in 2011 to once again step in for the benefit of our residents, the changes in re-broadcasting have made it impossible for Council to continue to manage this service effectively.

Should you have any enquiries regarding the television re-transmission please call Council on 1300 696 272 (1300 MY NBRC).