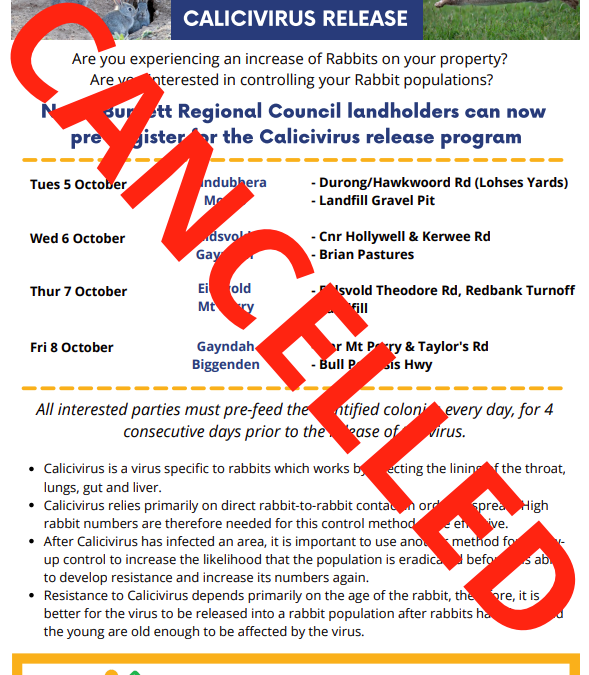 Are you experiencing an increase of Rabbits on your property?

All interested parties must pre-feed the identified colonies every day, for 4 consecutive days prior to the release of the virus.

Register now for the Calicivirus release program by calling 1300 696 272 or emailing: admin@northburnett.qld.gov.au