The Reginald Murray Williams Australian Bush Learning Centre (RMWABLC) was built to honour this great Australian and pay tribute to the bush skills and culture that the bush was founded upon. Here visitors can learn about RM Williams’ story, bush skills, Indigenous artifacts, view the Dot Hamilton cattle exhibition, be inspired with bush poetry, and appreciate the skills shared in a leathercraft workshop or demonstration. The Centre also has a modern gallery space and exhibits many talented local and travelling artists.

Eidsvold is the self-proclaimed ‘Beef Capital’ of the North Burnett and has a rich history of successful cattle properties, droving teams and record sized cattle sales. Eidsvold is also where Mr Williams chose to settle after leaving South Australia in the 1950’s, seeking a challenge and settling on a property along the Auburn River near Eidsvold. Mr William’s connection to Eidsvold is apparent still today, with reminders of his tenure in the small community’s various stone buildings and numerous friendly locals sharing their stories. Mr Williams’ property ‘Rockybar’ is also his final resting place, where he is at peace in the quiet bush outside of Eidsvold.

The Centre is situated along Australia’s Country Way, the A3, and is only a short walk to town, close the bushland, Showgrounds, Golf Course and Saleyards.

The Son et Lumiere is the outdoor Light and Sound Show held every night at the Centre. Playing at 7.00pm and 8.00pm, this must see show shares the story of Reginald Murray Williams, with local story tellers, poets, and drovers sharing interesting stories of life in the bush. The Show is projected onto a customised steel Sculpture called the ‘Language of the Land’. 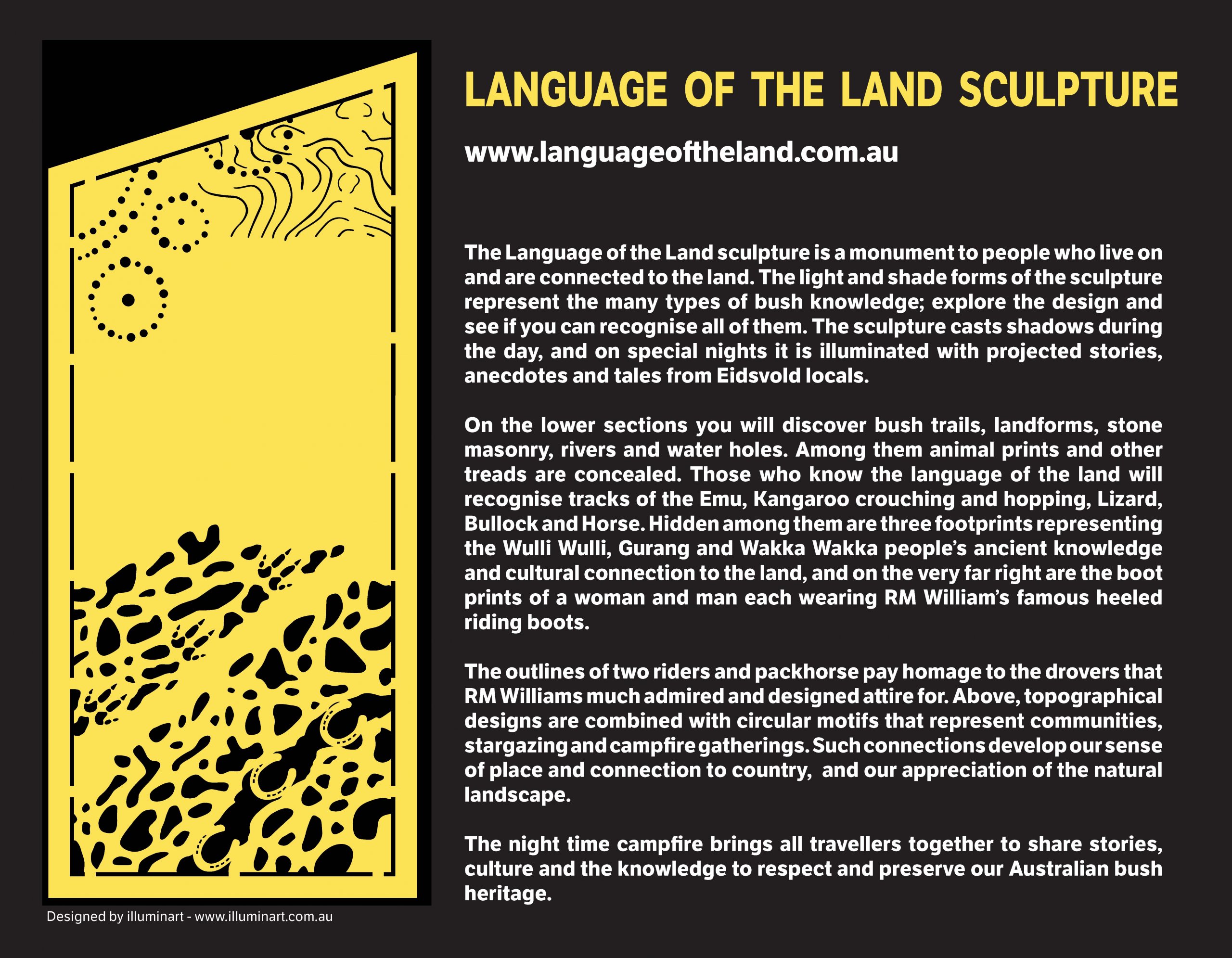 Catch up with some old friends, when the exhibition Gifted Country, from acclaimed photographer John Elliott, comes to the Reginald Murray Williams Australian Bush Learning Centre, during October and November.

Elliott has been photographing people who make Australian music for over 40 years, and this exhibition brings together a selection of his iconic images of stars such as Slim Dusty, Chad Morgan, Lee Kernaghan, Kasey Chambers, John Williamson and many others.

“I wanted to work in the country music business but I couldn’t sing, so I did the next best thing – I photographed and wrote about the music I loved”, Elliott said.

John Elliott grew up in Blackall in western Queensland and knew from an early age that photography would play an important role in his life. He has been serious about his photography since first picking up a camera as an eleven-year-old. When John turned 30, he decided to pursue photography as a full time career. Since then, he has constantly travelled Australia documenting the Australian bush and photographing people who make Australian music.

He is the author/photographer of sixteen books, including the best-seller, On The Road With Slim – a collection of road stories from travelling with Slim Dusty. He photographed album covers for many of Slim’s best-selling records. His exhibition, Thousand Mile Stare, at the National Portrait Gallery, featured many of his country music portraits and some of these images appear in Gifted Country.

“Slim Dusty was a childhood hero of mine, and I am blessed to have worked with Slim for about the last twenty years of his remarkable life”, Elliott said. “Slim was coming to do a show in Brisbane in 1991 and somehow I made contact with Slim’s office and invited him to come to the studio while he was in Brisbane. Slim said yes.  I picked him up from his motel and spent a couple of delightful hours in the studio and took some great shots of Slim. One of the shots I took of Slim that day is now in the permanent collection of the National Portrait Gallery.” 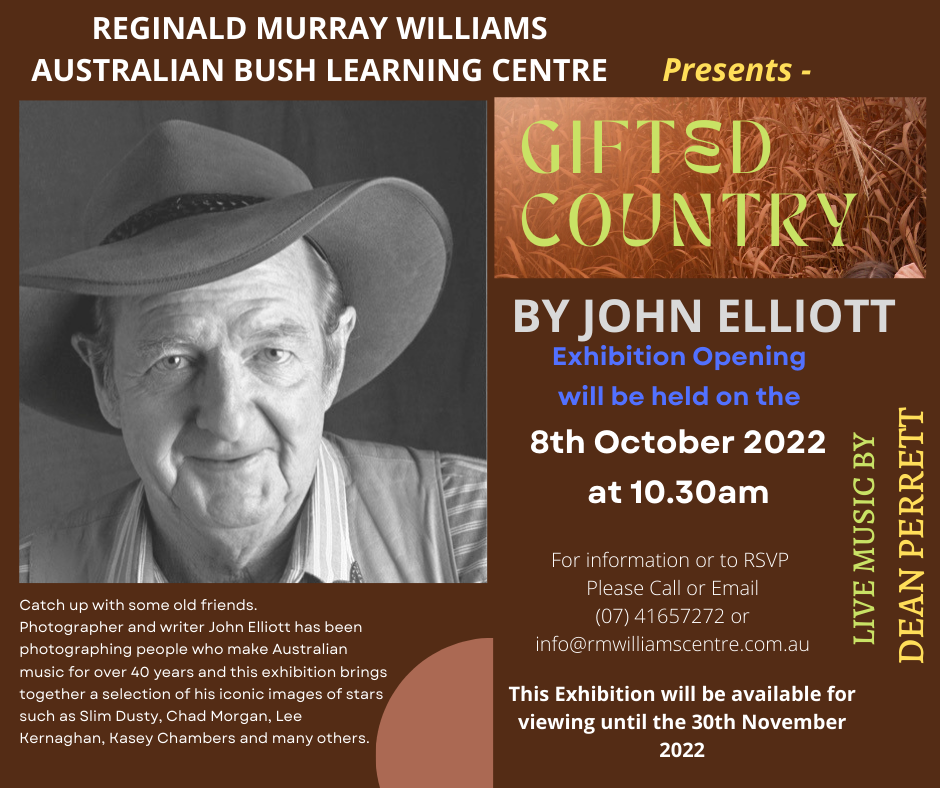