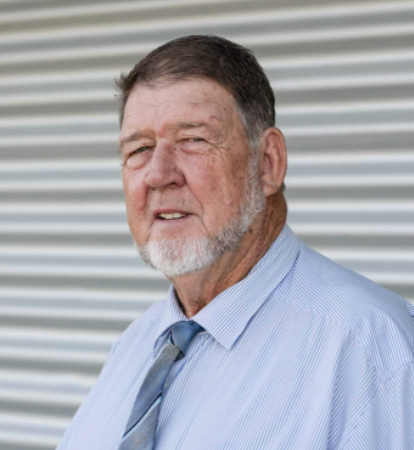 On behalf of council I congratulate Mr Elliott Dunn who has been a calm mainstay of Mount Isa’s emergency response for 15 years and now he has been honoured in the 2022 Queen’s Birthday list.  Elliott Dunn said he was honoured to be awarded the emergency services medal in the honours list. It is a well-deserved award for Mr Dunn who has provided exemplary service to local governments of north west Queensland and to Queensland Fire and Emergency Services since 2007.

As Emergency Management Coordinator, he has been a leader, ensuring emergency coordination during times of disaster and he is also the Mount Isa District Management Group’s core QFES member.  Mr Dunn has been responsible for providing disaster management support to nine rural and remote communities in north west Queensland, including Indigenous local government areas for 14 years. He has been instrumental in the implementation and delivery of Emergency Management policies and strategies, providing consistent high-level expertise, advice, and leadership to improve QFES’s service delivery at state level, while adding genuine value to NWQ local government disaster management policies. Mr Dunn has consistently supported remote and rural communities with the resupply of essential goods during severe weather and disaster events.  Recently he placed a significant role in coordinating the initial COVID-19 biosecurity arrangements, to protect the high-risk Indigenous communities of Western Queensland.

He provided exceptional proficiency in assisting the Mount Isa DDMG in planning, establishment and management of Police and Army Biosecurity Zone checkpoints in Western Queensland, ensuring the safety of those communities.  According to his nomination Mr Dunn goes above and beyond his normal commitments to ensure each Mayor, Chief Executive Officer and required local government employee is coached and mentored, in the often difficult and challenging emergency and disaster management environment.  “Mr Dunn is an esteemed member of the Emergency management team in Queensland is sought after for his invaluable advice and support across the state,” the nomination said.

Chief Executive Officer, Margot Stork, Interim General Manager of Works Anna Scott and Division 5 Councillor, Mick Dingle attended a meeting with DTMR in Bundaberg on Friday, 8 July 2022.  The purpose of the meeting was to gain an understanding of how works are being scheduled within the North Burnett and at the same time raise issues and concerns regarding State controlled roads and spaces.  This is the first meeting that has been held between Council and DTMR at this level, and we anticipate that similar meetings will continue to be held to establish a working relationship.

Councillors Sue Payne and Kingsley Mesner, CEO Margot Stork, General Manager, Skye Price and Eric Sturgess (Parks and Open Spaces) were also in attendance. Approximately 60 people were also very fortunate to have Clarence Slockee from ABC Gardening Australia there to talk with the Wakka Wakka people and our residents about the bush tucker gardens that have been incorporated in the Riverwalk gardens.  Following the event, our AIH guests were treated to a tour of Gayndah. They expressed their appreciation for how welcoming our Town was and were very impressed with the beautiful presentation of our town area and lookouts.